Every so often, the screensaver of my PC turns on and begins to enhance the visual quality of the living room with beautiful pictures, taken on various recent trips. I realise that it’s a pity that only three people are able to admire them (if you can pardon  my humility), so here are some of them, proudly (again…) displayed in cyberspace for the enjoyment of whoever may stumble upon this blog. A bit like the NASA Pioneer mission plaque hurtling out into interstellar space in the forlorn hope that an alien civilisation will one day learn about the existence of the (by then) extinct human species. If you ask me, a long, very, very long time in the future, the plaque will be swallowed up by a black hole.

Enough with the melodrama! We’ll begin with the protagonists of this story, but please note that I did not have this photo in mind when I mentioned beautiful pictures. These will come later. This one is the equivalent of the credits at the beginning of a film. 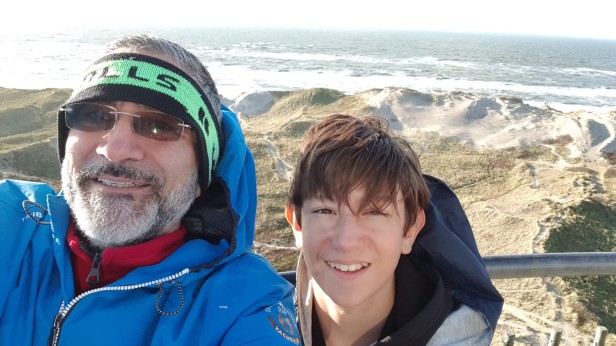 A goal of mine since a long time was to drive from my home in Belgium to Denmark. Gianluca and I had a week of spare time, so off we went to tour around Jutland. A friend of mine, when I told him of my plan, recommended that we visit the west coast, and that’s what we did. Here, we are selfieing on top of the Lyngvig lighthouse with sand dunes and the North Sea in the background.

On this day, we visited three lighthouses and the surrounding areas along the west coast of Denmark. The wind was so strong you could lean back onto it.

Our first stop was in Blåvand. We had to give a visit inside the lighthouse a miss, as access to the top was closed due to the dangerous conditions, and headed to the beach instead. Turned out to be a good thing as the beach was a rugged and windswept beauty.

With the obvious exception of selfies, I always try to stay out of photos that I take, but not always successfully…

Next stop, Lyngvig Fyr. But not before driving back through the seaside resort of Blåvand. Pictured below are some traditional Danish thatched cottages we encountered on the way.

Lyngvig Fyr stands on a remarkable geographical feature. The Holmsland Dunes are a narrow strip of land about 35 km in length and more or less one kilometre average width, bound on the west by the North Sea and on the east by the Ringkøbing Fjord, which is practically an inland sea connected to the North Sea through a channel at the port town of Hvide Sande.

The winds had subsided a bit, so this lighthouse was, thankfully, accessible. 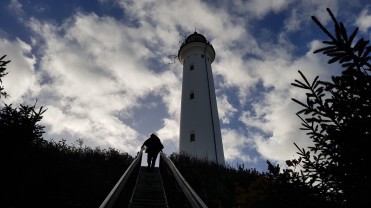 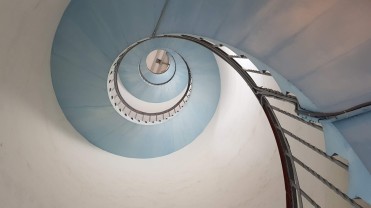 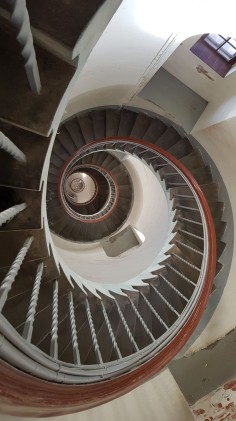 The view from the top was impressive: on the left, to the west, the North Sea. At the other end, the Ringkøbing Fjord.

The wild fury of the North Sea close by… 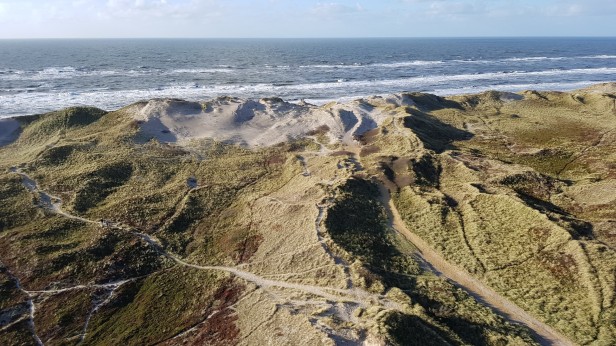 … and the sheltered lagoon one kilometre or so away.

From up close, you can appreciate the sheer size of the lamp and the intricate array or mirrors that ensures the light travels far and wide out to the sea.

Back on ground level, we had a closer look at the Holmsland dunes.

On to the third and final lighthouse for the day: Bovbjerg Fyr.

Bovbjerg in Denmark has a claim to fame as being the northernmost point my good old Renault Megane sedan has ever ventured (and will most probably ever venture). Not that this should interest any of my readers, but why not record this fact, which would otherwise be lost forever to the world. Besides, “claim to fame” may be a gross exaggeration…

Back to the pictures before I lose my last remaining reader!

The relatively late time of the day, with the sun low in the sky, made it even better for taking pictures… 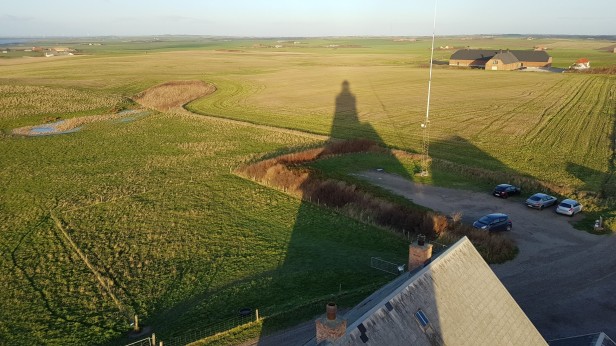 … way down to sea level.

One thought on “Three lighthouses (a screen saver, explained)”